Maldives No.15 by Zaria Forman 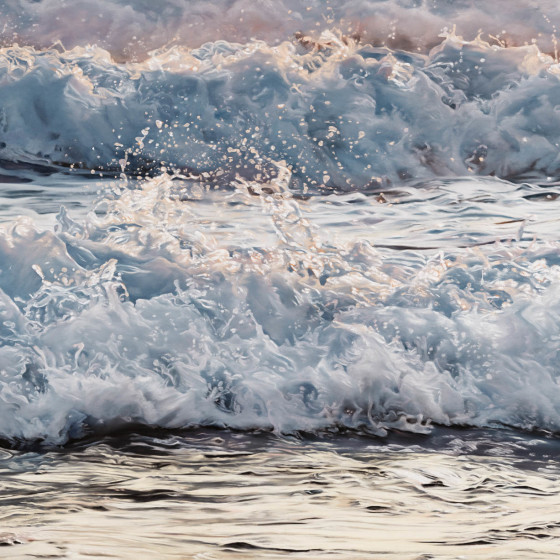 Maldives No.15 by Zaria Forman

The inspiration for Zaria Forman’s artwork began in early childhood when she traveled with her family throughout several of the world’s most remote landscapes, which were the subject of her mother’s fine art photography. She considers it her life’s mission to convey the urgency of climate change through her work. She has traveled north to the Arctic to capture the unfolding story of polar melt, and south to the Equator to document subsequent rising seas. Her drawings explore moments of transition, turbulence, and tranquility in the landscape, allowing viewers to emotionally connect with a place they may never have the chance to visit. She chooses to convey the beauty, as opposed to the devastation. If you can experience the sublimity of these landscapes, perhaps you will be inspired to protect and preserve them.

Zaria’s works have been in publications such as National Geographic Magazine, Huffington Post, and the Smithsonian Magazine. Zaria was featured on Good Day New York, Fox News, and interviewed by Lucy Yang on ABC7 Eyewitness News. In 2015, Zaria delivered a TED Talk at TEDTalksLive NYC, which will be featured on PBS in the spring of 2016.

Her drawings have been used in the set design for the Netflix TV series House of Cards. Zaria’s most recent achievements include participation in Banksy’s D ismaland, and a solo exhibition at Winston Wächter Fine Art in New York in September and October of 2015.

Born in South Natick, Massachusetts, Zaria currently works and resides in Brooklyn, New York. She studied at the Student Art Centers International in Florence, Italy and received a BS in Studio Arts at Skidmore College in New York.

This Hi-Quality Print of an original drawing. Framed in a white frame. Contains an authentication sticker on the back of print with the artist’s signature