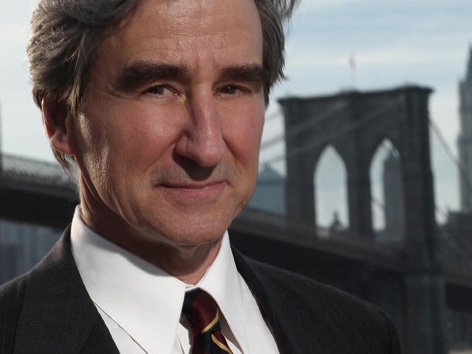 Sam Waterston, a lifelong advocate, has played an active role in saving the oceans since joining Oceana’s Board of Directors in May 2007. Previously, Sam served on Oceana’s Ocean Council, along with a select group of academic, business, policy and philanthropic leaders.

As a native of the northeastern United States, Sam has personally witnessed the effect of declining fisheries. He got involved with Oceana initially because he grew up beside the ocean in New England and loved it. When Sam learned that the collapse of the New England cod fishery was final, with all that meant for the communities and fishermen there, he wanted to help. He started to read more and more scientific reports clearly showing that our oceans are headed towards an irreversible collapse and learned that Oceana was actually doing something about it. Sam hosted “The Visionaries,” a PBS documentary about nonprofits, for 11 years.

Born in Cambridge, Massachusetts in 1940, Waterston’s father was a language teacher while his mother was a landscape painter. He attended preparatory schools Brooks and Groton before earning a scholarship to Yale University, where he graduated with a Bachelor of Arts in 1962. Later that year, Waterston made his New York debut at the Phoenix Theater in Oh Dad, Poor Dad, Mama’s Hung You in the Closet and I’m Feelin’ So Sad.

Over the next four decades, Waterston’s career goes on to include a plethora of film and television credits as well as repeated returns to the stage. His trophy case includes television awards such as the Emmy, Golden Globe, and Screen Actors Guild, and theater awards like the OBIE and Drama Desk. Other accolades include an Academy Award nomination for his role as journalist Sydney Schanberg in 1984’s “The Killing Fields” and six Emmy Award nominations for his roles in “I’ll Fly Away” and “Law & Order.”