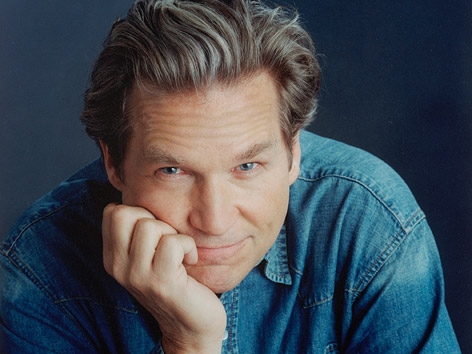 One of Hollywood’s most successful actors and a five-time Academy Award® nominee, JEFF BRIDGES’ most recent performance in “Crazy Heart”—as Bad Blake, the down-on-his-luck, alcoholic country music singer at the center of the drama—deservedly garnered the iconic performer his first Oscar® for Best Performance by an Actor in a Leading Role.

He earned his first Oscar® nod in 1971 for Best Supporting Actor in Peter Bogdanovich’s “The Last Picture Show,” co-starring Cybill Shepherd. Three years later, he received his second Best Supporting Actor nomination for his role in Michael Cimino’s “Thunderbolt and Lightfoot.” By 1984 he landed top kudos with a Best Actor nomination for “Starman”; that performance also earned him a Golden Globe nomination. In 2001, he was honored with another Golden Globe nomination and his fourth Oscar® nomination for his role in “The Contender,” Rod Lurie’s political thriller, co-starring Gary Oldman and Joan Allen, in which Bridges played the President of the United States.

Prior to “Crazy Heart,” Bridges was seen in the war comedy “The Men Who Stare at Goats,” playing Bill Django, a free-spirited military intelligence officer, who is the leader of a secret group of warriors in the army. The Peter Straughan screenplay (based on the Jon Ronson book and directed by Grant Heslov) is based on a true story about a reporter in Iraq, who meets a former member of the US Army’s First Earth Battalion, a unit that employs paranormal powers in their missions. He stars opposite George Clooney (also a producer), Ewan McGregor and Kevin Spacey.

He could also be seen starring opposite Justin Timberlake in “The Open Road” as Kyle Garrett, a legendary ballplayer trying to reconnect with his son while coming to terms with whom they are and what kind of men they should be. The film is written and directed by Michael Meredith. Additionally, he starred in “A Dog Year” for HBO Films/ Picturehouse, based on the memoir by Jon Katz and directed by George LaVoo (who also wrote the screenplay); as well as opposite Robert Downey, Jr. in the Paramount Pictures/Marvel Studios blockbuster “Iron Man,” playing the character of Obadiah Stane.

Last summer, he starred opposite Shia LaBeouf as Geek, a cantankerous and washed-up surfer penguin, in the Academy Award®-nominated “Surf’s Up,” from Sony Pictures Animation. The same year he appeared in “The Amateurs,” a comedy written and directed by Michael Traeger, in which citizens of a small town, under the influence of a man in the midst of a mid-life crisis (Bridges), come together to make an adult film.

Prior to that, he was in his second film for director Terry Gilliam, entitled “Tideland,” where he played Noah, a drug addicted, has-been, rock guitarist; as well as in “Stick It” for Touchstone Pictures, playing the coach of a team of rule-abiding gymnasts.No matter who you are, either a king or a common man alcohol is injurious to human health. Hence, it is always better to consult experts from refocus drug & alcohol rehab melbourne as they can help you to overcome alcohol addiction.

In the summer of 2004, he appeared opposite Kim Basinger in the critically acclaimed “The Door in the Floor” for director Todd Williams and Focus Features, which earned him an IFP/Spirit Award nomination for Best Actor.

Some of Bridges’ other acting credits include “How to Lose Friends and Alienate People,” “K-PAX,” “Masked and Anonymous,” “Stay Hungry,” “Fat City,” “Bad Company,” “Against All Odds,” “Cutter’s Way,” “The Vanishing,” “Texasville,” “The Morning After,” “Nadine,” “Rancho Deluxe,” “See You in the Morning,” “Eight Million Ways to Die,” “TRON,” “The Last American Hero” and “Heart of the West.”

Through his company, AsIs Productions, he produced “Hidden in America,” which starred his brother Beau. That television movie, produced for Showtime, received a Golden Globe nomination in 1996 for Best TV/Cable Film and garnered a Screen Actors Guild nod for Best Actor for Beau Bridges. The film was also nominated for two Emmy Awards.

One of Jeff’s true passions is photography. While on the set of his movies, Jeff takes behind-the-scenes pictures of the actors, crew and locations. After completion of each motion picture, he edits the images into a book and gives copies to everyone involved. Jeff’s photos have been featured in several magazines, including Premiere and Aperture, as well as in other publications worldwide. He has also had gallery exhibits of his work in New York (at the George Eastman House), Los Angeles, London and San Diego.

The books, which have become valued by collectors, were never intended for public sale, but in the fall of 2003, powerHouse Books released Pictures: Photographs by Jeff Bridges, a hardcover book containing a compilation of photos taken on numerous film locations over the years, to much critical acclaim. Proceeds from the book are donated to the Motion Picture & Television Fund, a nonprofit organization that offers charitable care and support to film-industry workers.

Jeff, his wife Susan and their three children divide their time between their home in Santa Barbara, California, and their ranch in Montana.