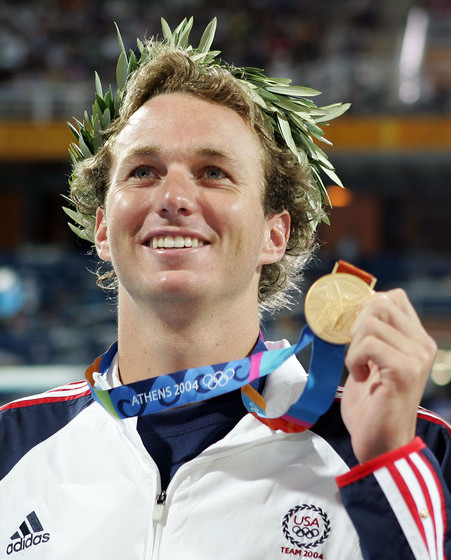 A once in a lifetime opportunity to have a private two-hour swimming lesson with three-time Olympian and seven-time Olympic medalist (five gold, two silver) Aaron Peirsol.

Spend the afternoon at the pool with Aaron as he analyses your swim technique and coaches you for two hours!

Lessons will take place at a mutually agreeable location in Orange County, CA.

Aaron Wells Peirsol (born July 23, 1983) is an American former competition swimmer and backstroke specialist who is a former world champion and world record-holder. He is a three-time Olympian and seven-time Olympic medalist (five gold, two silver). As a member of the U.S. national team, he holds the world record in the men’s 4×100-meter medley relay (long course). Individually, he currently holds the world record in the 100-meter and 200-meter backstroke events (long course). In February 2011, Peirsol announced his retirement, saying, “I ended up doing everything I set out to do.”

Peirsol’s successes have earned him the American Swimmer of the Year Award once. He has won a total of thirty-six medals in major international competition, twenty-nine gold, six silver, and one bronze spanning the Olympics, the World, Pan American, and the Pan Pacific Championships.