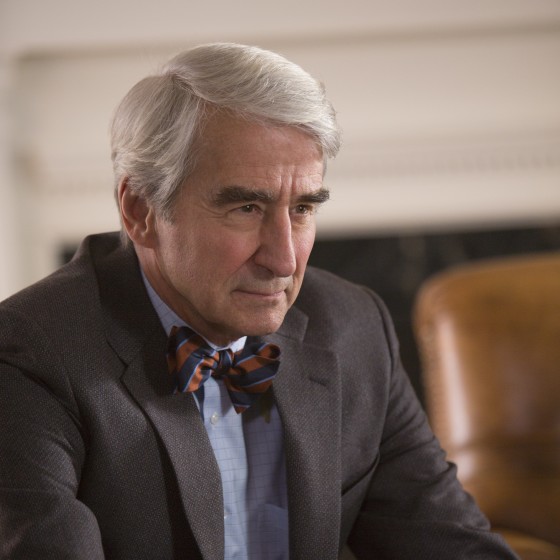 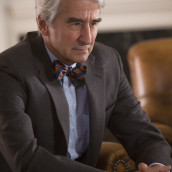 You and a guest will enjoy a private lunch with Sam Waterston!

Waterston was born in 1940 in Cambridge, Massachusetts, where his father was a language teacher and his mother was a landscape painter. He attended preparatory schools Brooks and Groton before earning a scholarship to Yale University, where he graduated with a Bachelor of Arts degree in 1962. Later that year, Waterston made his New York debut at the Phoenix Theater in “Oh Dad, Poor Dad, Mama’s Hung You in the Closet and I’m Feelin’ So Sad”.

Waterston’s career goes on to include a plethora of film and television credits as well as repeated returns to the stage. His trophy case includes television awards such as the Emmy, Golden Globe and Screen Actors Guild Awards and theater awards like the OBIE and Drama Desk. Other accolades include an Academy Award nomination for his role as journalist Sydney Schanberg in 1984’s “The Killing Fields” and six Emmy Award nominations for his roles in “I’ll Fly Away” and “Law & Order.” Today, you can catch Sam’s outstanding performance in the Emmy-nominated Netflix Original series “Grace and Frankie”

As a member of Oceana’s board of directors, Waterston brings to the organization a wealth of talent and resources in support of Oceana’s programming and mission.